Emerson bestowed immortality upon Nimsesku, the family hamster, but there were unintended consequences. 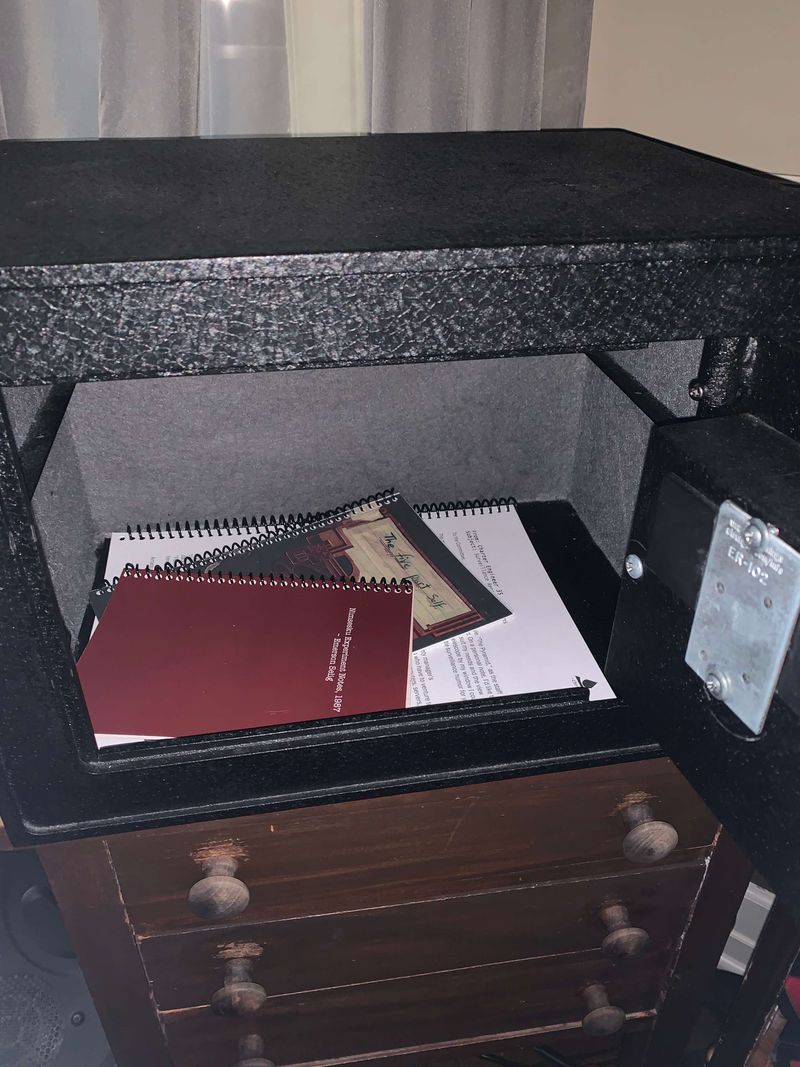 I). Line of Inquiry: Can sonic frequencies, correctly applied, recall the missing vital energy of a once-living creature?

II). Research with THE TRANSDUCER and THE FREQUENCY DILATOR suggest that fundamental properties of our universe are not governed by electricity, magnetism or strings, but SONIC ENERGY.

Sound is the key to the Universe!

A. Philosophical approach from Jean Selig (my wife): Chaos is of the Anomaly. Order is of The Charter. At Dawn, the Charter and the Anomaly agreed to set aside their differences and create the multiverse, a place where they could coexist. Music, fittingly, was the building material of the multiverse as it is the medium where Chaos and Order work together as equals.

B. Supporting Evidence: Seventeen’s sonic device in Vietnam, a machine that caused a terrible ringing in my ears, but allowed us to travel across vast cosmic distances, away from the fighting.

C. Supporting Evidence: Devices I built for Bell Labs had the ability to levitate certain objects. Another altered the flow of time by slowing it down by almost undetectable fractions of a second. If these impossible feats can be achieved with sonic energy, then what else?

III). Hypothesis: Nimsesku, a pet hamster who belongs to my son and daughter, passed earlier this evening. I believe I can use THE TRANSDUCER, a sonic device of my own design, to recall his vital essence into his body, effectively resurrecting him.

A. I recorded Nimsesku’s resonant frequency mere moments before he died this evening. To protect my work, I will not publish this frequency until after I am ready to go public with my research.

B. THE FREQUENCY DILATOR will maintain a lock on this unique sonic frequency, feeding it to THE TRANSDUCER, which will broadcast the reverse of that frequency into the space around Nimsesku’s lifeless body.

C. This will create A SONIC VACUUM, an empty space around Nimsesku. The multiverse, seeking to fill this vacuum, may recall the hamster’s lost energy into its lifeless frame.

IV). Research to commence once my family is safely in bed. The Transducer is the sonic engine powering my research. It was designed on-the-sly during my time at Bell Labs. It was inspired in part by the work of my dear friend Seventeen. I dedicate this experiment to his memory. The frequency dilator, a device capable of tapping into the primal forces of creation, was built for less than $32. Anyone can have this power for themselves!
Anyone!

Note molding on the walls, a visual distortion that took place once both devices were powered on.

Experiment successful. Subject revived during the procedure. Heartbeat steady at 308 bpm. Temperature 37.2°C. Respiration: Normal. Feeding habits: Normal. Nimsesku, as I hypothesized, is as good as new, with one change: he’s missing a dark spot in the fur along his back. To all other appearances, however, it is the same Nimsesku. His photographs taken before the test confirm this. I have no explanation, nor guess, for why his fur should change color. A mystery.

Another mystery: the walls of my dining room appeared to warp and change while the Transducer was operating. They took on a liquid-like appearance. Pieces of the molding began to sag and bend, as metal does when it reaches its melting point. That implies heat, but the temperature in the living room was quite normal. The molding returned to its normal shape once I was finished.

Still another mystery: the wallpaper took on patterns I had never seen before. The normal pattern showed the Point Cabrillo Lighthouse on the Mendocino coast. The paper was custom-made for this home. As the Transducer ran, however, the lighthouse was joined with other images. I saw a ball of light that could be a comet, though at times it pulsed and grew twisting tentacles from its body. Soon after, this ball of Chaos was joined by an image of a boy lying on a table. The boy himself did not move, but during the procedure I saw his image rise, as though he were floating about a foot above the table. The images disappeared once the Transducer was turned off.

I have no explanations for these events, just one observation: it became clear to me that the wallpaper was aging rapidly in addition to everything else. Could my device, engineered as it was to twist the laws of time and space, have shown me an image from this future? But why would someone add these images to the wallpaper?

I will not investigate these mysteries further. As of this moment, I am retired. During the experiment, my son Lucius, 10, entered the testing area and attempted to touch Nimsesku.

He was afraid that Nimsesku was in danger. I couldn’t stop him in time.

Lucius made contact with his pet and cradled him in his hands even as sounds powerful enough to rip a hole in space resonated within him. I don’t know what would have happened had I not ripped the power supply from the Transducer.

The sound died away and Lucius fell to the floor, unconscious. I placed Lucius in my room for observation. He’s experiencing periods of wakefulness broken by what I can only describe as deep catatonic states. As I watched over him in one of these states I saw his form vibrate. A transparent image of my son rose from his body, looking like a double-exposure on a photograph. The image sank back into my son and he woke a short time later.

Lucius has been like this for days. I have no idea how long this condition will last. He can’t even finish a meal before slipping back into one of these states. How can I explain this to anyone? Who do I go to for help? They’ll put me away.

I deserve that. I have put the people I love at risk. I may have permanently injured Lucius. By trying to protect my family, I have made it so no one in this home will live a normal life. Perhaps, if Lucius recovers, I may resume my research, but until that time it is only proper that I see to the care of my son.

Subject suffered a fall down the stairs while traveling inside a hamster ball. Family did not witness the fall. I freed Nimsesku from the ball and held him in my hands.

He seemed to be dead. A few moments later I felt his small body twist, vigorously, in my palms. His breathing returned to normal! Perhaps it is a fluke, but the dark spot in his fur has returned.

Nimsesku succumbed to a respiratory infection. I quickly tested his temperature and found that his core temp had fallen well below survivable levels. He was, without a doubt, passed. He had exceeded his life expectancy by several years.

Or at least that’s what I was thinking when his body began to stir. His temperature started to rise. As I write this he’s back in his cage, drinking from his Habitrail bottle as though nothing strange has happened. The dark patch on his back appears to be fuller, but I cannot be sure with nothing to reference but the earlier photograph.

Not two days after the previous incident, my daughter Piper came to me in tears. She had carelessly thrown her textbooks on her desk, not seeing Nimsesku curled up there inside a hooded sweatshirt. She asked me to check on him, since she was too afraid to do so on her own. I knew what I would find when I opened the door.

How many times has he come back without me knowing? Consider: Nimsesku was missing for several days. Today he’s back, grooming himself on a stack of books and watching me as I work. Did he meet his end in some heating duct, only to revive somewhere?

Is that a light I see behind his eyes? Why is Nimsesku always sitting in places where he can observe everything in the room? What is that tiny mechanical noise I hear whenever his pupils dilate?

The Imposter is confined to a cage in its room. Copper wires sliding back inside its body like some sick magic trick. After that awful display, as it stared up at me, I heard the unmistakable sound of a camera shutter. Unnatural.

It certainly isn’t the pet I had 18 years ago. I don’t know where this thing came from or who sent it to me. I could guess, though. If they’ve been observing me, then they’ll know that I’m retired now. They have no reason nor right to bother us.