THAT Magazine interviews Piper Selig, an artist with an overabundance of perspective. 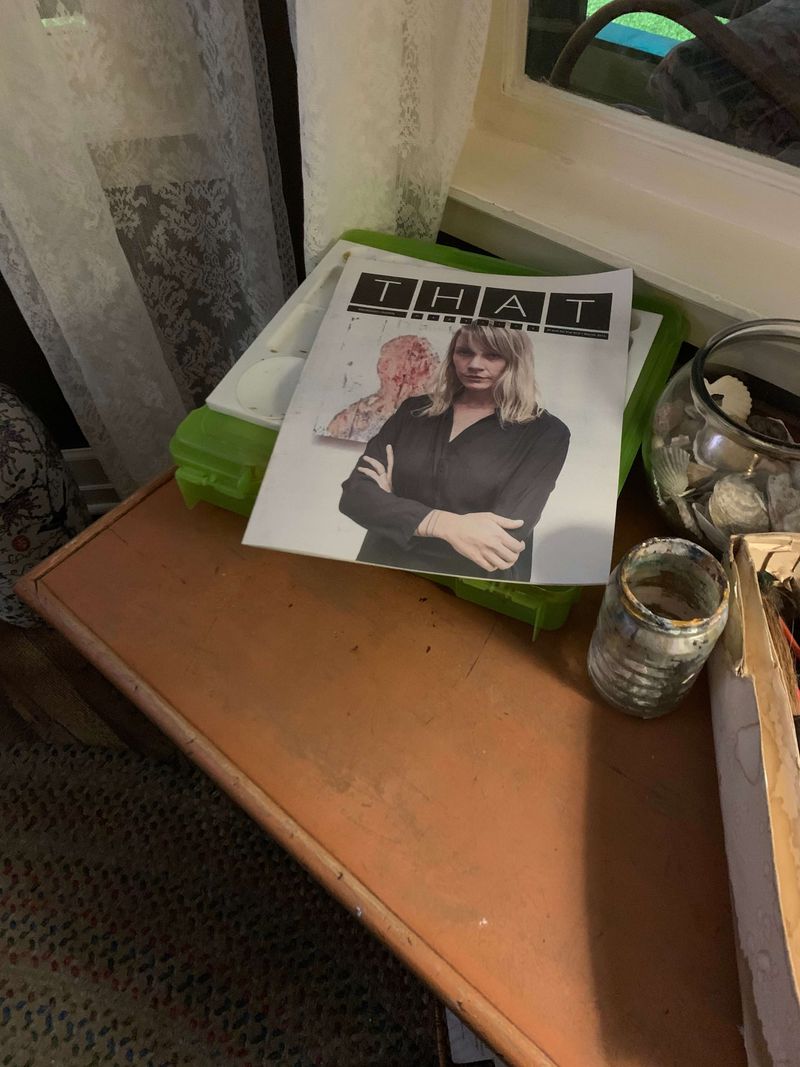 "THAT Magazine
Mendocino’s Monthly
“Of and For the Arts.”
March 2016

This week in art.

He insisted he wasn’t being poetic when he declared, “Sound is the key to the Heavens.” And while the early pioneers of musique concrète
(El-Dabh, Schaeffer, et al.) invariably site Arthur Mapps as an influence, the man is scarcely known in the world of experimental music today.
Mapps is pictured here (age 38) with Soundsculptor #3, an instrument of his own invention. “When Soundsculptor #3 is finished,” he said, “Man will no longer listen to music in concert halls or over a phonograph. He will use music to explore the Universe. Science and Art will become One Flesh.” Critics panned Mapps’ statement, calling it, “the rantings of a hack trying to disguise his shrill, artless noise with bluster.”
When he wasn’t composing, Mapps wrote voluminous essays arguing that sonic energy was the foundation of the Universe and that studying it would allow humanity to bend the laws of physics. A few of his essays remain today – the Mendocino Public Library has at least two.
Was Arthur Mapps onto something? We may never know. The musician disappeared soon after this photograph was taken. Police searched his home but Mapps, his writings, and Soundsculptor #3 were nowhere to be found.
***

PIPER SELIG, was my secret teenage obsession. Née Pastore, I remember her as the luminous art class genius, possessing a lithe radiance and easy talent that was improbable for any 16-year-old, let alone one among the gaggle of stoners and miscreants destined to graduate with us from Mendocino High. Talented, beautiful, and unobtainable: Piper fascinated me then as she does today.

LAST MONTH, I found myself waiting for Piper at Goodlife Bakery to discuss her new show, ECHOES hanging at Irrational Art Space (through April 15). I was nervous, having not spoken to her in years – Piper left after high school, eventually making her way to New Mexico to make a name for herself among the Catorce Pintores Neo-Landscapist movement. ECHOES is her first show since returning to the North Coast – a new series of portraits that betray a deep shift in her psyche, and an exciting new track in her artistic life.
As it turned out, Piper arrived 45-minutes late, distracted, disheveled and – refusing coffee or any other nicety – insistent upon taking the far corner seat. Our conversation was punctuated throughout by her dark glance interrogating the doorway. I never asked what dread she expected across the threshold. After this conversation, I don’t think I’d like to know.
‍