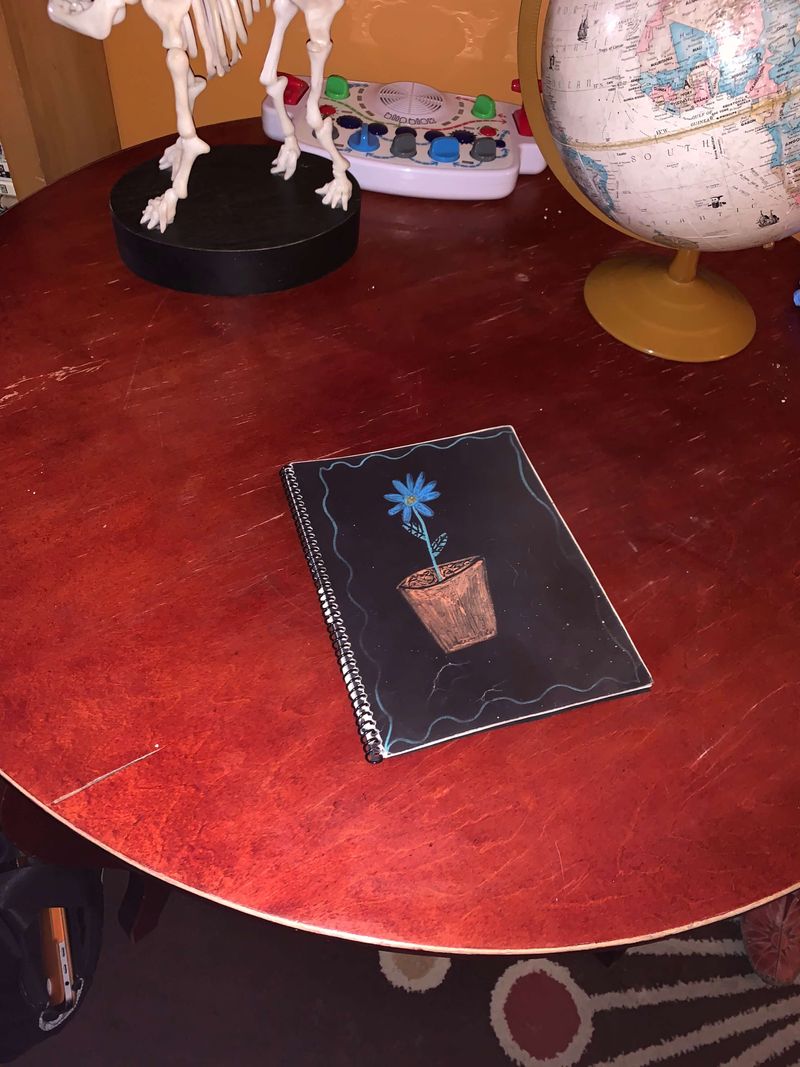 A flower I named after grandma. I noticed it in the woods when I was singing one of grandma's songs. I took it home, even though you're not supposed to replant wild flowers. I told the flower all of my stories about grandma. It wishes it could of met her.
Jean says I can talk to her like she's grandma if I ever get scared.

Lex hurt Nimsesku again.
Mom and dad were fighting. I felt sad so I talked to Jean. Jean said I could make the closet under the stairs my secret space. She said I could have a garden there if I wanted. I will draw plants on the walls until I can get real plants.

Jean says the Anomaly makes many things. It makes so many things that other universes are needed to hold them all. Sometimes it copies the things it makes. Sometimes those copies are pulled into different universes. Jean said that this happened before with Nimsesku. Who's hamster is this? Did we steal it from another kid?

I heard a very loud noise after Lex went away. It woke me up, but it didn't wake up mom and dad. I asked Jean about the noise. She said Mom is so sad about Lex that she might try using my grandad's transducer to bring him back. Jean said the transducer is dangerous and it does not do what my parents think it does. I tried to warn mom, but she is so sad she will not listen to me. I will wait in the secret garden until the noise stops.