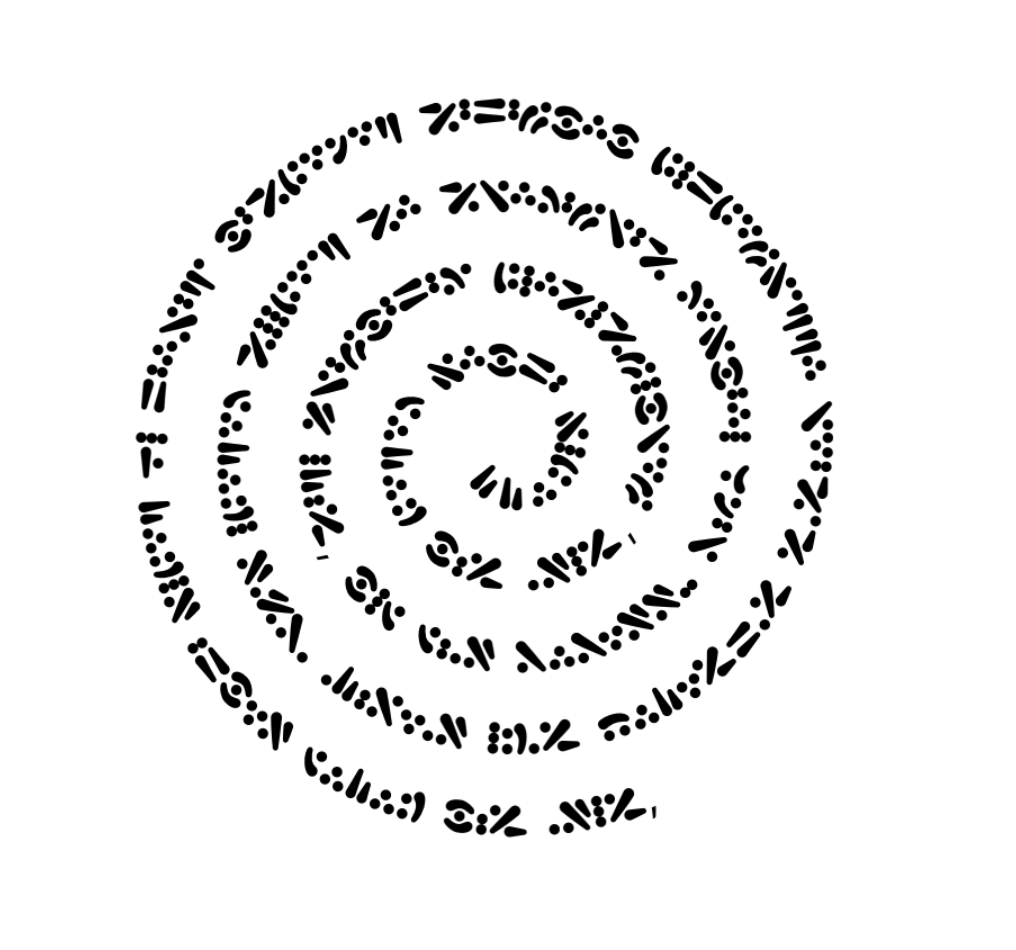 nuqneH, readers! My name is Mae Gantz, and I’m a xenolinguistics researcher here to kick off the Society of Peripheral Studies blog with some thoughts on… you guessed it, xenolinguistics, also known as the study of alien language!

First, let me tell you a little about myself. I’ve been studying xenolinguistics since my days at the Montessori School for Paragifted Youngbeings in Madrid, New Mexico. That’s right, even as a child I had my ear to the stars, listening for messages from beyond our little spaceship Earth. If aliens ever contacted us, what would they say? How would we respond? Well, readers, that is exactly the question that got me into this field of study!

Xenolinguistics, also known as exolinguisitics or, my personal favorite, astrolinguistics, considers what form alien languages might take, and how we as humans might translate them and respond. But this isn’t limited to communications from other planets! We are in the midst of a very exciting time, readers, when messages fresh from other dimensions are appearing in our very backyards!

But we’ll get to that. First, it’s important to know that xenolinguistics is not a new area of study. For hundreds of years curious people like me (and maybe you!) have been looking up at the stars and wondering, Do aliens have subject-verb agreement? Do their modifiers dangle? Are they as obsessed with adverbs as I am? Way back in 1712, Lady Cordelia of Kentwisthleshire published a broadsheet titled, Words From The Heavens: An Inquiry Into The Theoretical Communication With Fairies, Demons, and Other Delightful Creatures. Then, in 1824, Thomas Whitesmith of Boston circulated a pamphlet titled, A Compendium Of Phrases Said To Me By The Beings At My Nightly Window, which, as you can expect, was a smash hit!

More recently, on August 15, 1977, Ohio State University’s Big Ear radio telescope received what has become known as the “Wow! Signal,” a 72-second transmission that many have interpreted as extraterrestrial in origin. This short but sweet transmission set off a new wave of interest in xenolinguistics, and was in fact the very event that got me interested in the field!

You might have noticed that I opened this blog post with a word many of you might recognize as “Hello” in the fictional alien language of Klingon. Fictional though it might be, Klingon is a fully-developed language in which many people have become fluent! This just proves how eager and enthusiastic we as a society are for communication with people from other worlds.

Now, let me return to that whole “Messages from other dimensions!” thing I mentioned above. Recently, there has been a proverbial explosion of communiques from mysterious interdimensional sources popping up all over Santa Fe. It’s a very exciting time to be a xenolinguist! What’s fascinating about these particular messages is that they seem to lack any sort of morphic stability--that is, they change shape!

Now, here comes the big question: What do these messages mean? Who wrote them, and what do they want? Well, that’s where you come in, reader! As a citizen scientist, you can help me gather data about these messages! To learn more, tune in to 99.9 FM on August 9 at 11:59 PM, where I’ll be a featured guest on the radio program Midnight After Dark. We’ll be discussing these messages, and what they might mean!

Thanks for reading, and I hope this has piqued your interest in xenolinguistics. DaH jImej!