The Pyramid and the Anomaly: Chaos and Order in the House of Eternal Return 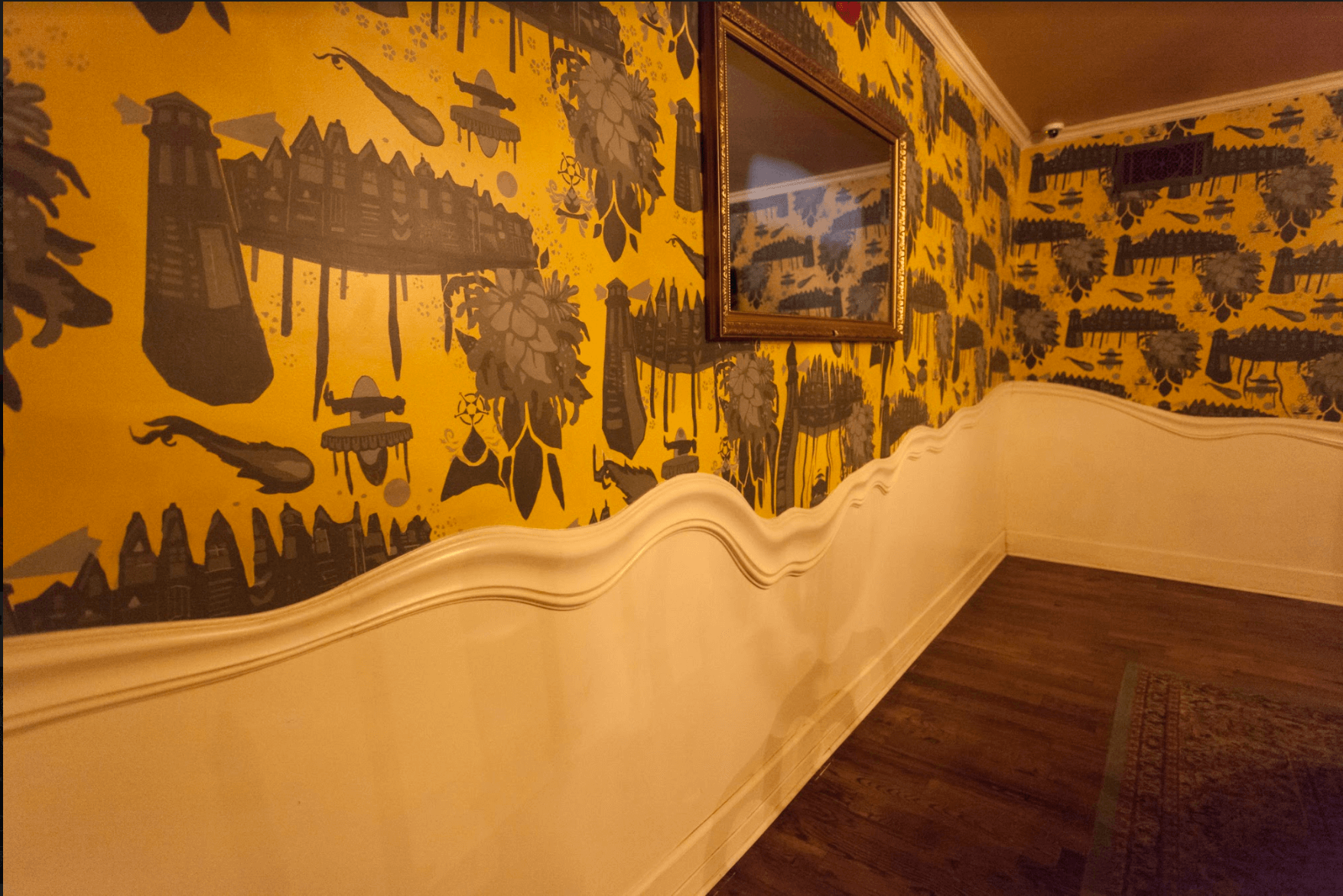 I began my residency at the House entranced by an esoteric symbol on the wallpaper. It was likely manifested there when the first waves of Chaos broke against our universe, via the Selig House. Distortions from creative chaos do not typically result in (intelligible) iconography, and so this image is of intense interest to the student of quantitative mythology.

It is of a pyramid crowned by a burst of light. The pyramid, dark yet fixed dependably in space, is met by the sudden chaos represented by the light burst, scintillating but self-negating. The student will recognize the classic mythological archetypes of the Charter and the Anomaly, respectively. In this image we see the conflict inherent in duality and we may nurture our understanding of what happened to the Seligs on the night of March 16, 2016.

Hailing from a cosmic facility known to us as “The Pyramid,” the Charter are the self-appointed guardians of Order, purportedly for the entire universe/multiverse*. Within the pyramid, the Charter administers universe-binding laws such as gravity, time, space, entropy, etc. They account for every atom of hydrogen in Sol and the precise length of event horizons around every black hole. Imposing, but most often nebbish and bossy, agents of the Charter take the form of beleaguered bureaucrats. They are infinitely expendable in the eyes of their superiors and there are mountains of evidence — case in point: the disaster at the House of Eternal Return— suggest they are inept. The agent has no lab coat.

The Charter has a sometimes-symbiotic, but often adversarial working relationship with the Anomaly, a formless, mindless chaos entity that, by turns, can either delight, inspire, create, or devour. It is generative chaos and it is the creative “intelligence” of the Multiverse (If a being that is mindless can also be said to have an intellect). The Anomaly creates, and the Charter puts its creations on rails. The Anomaly speaks through creative intuition and human beings like the Seligs have a particular affinity for it.

The old texts diverge on the relationship between Charter and Anomaly. Some describe this as a partnership. Others describe the Anomaly as a prisoner and the Charter its gaolers.** If the Anomaly were freed from it’s cell in the Pyramid courtyard, every painfully-crafted world the Charter administered would risk devolving into a sphere of pure noise. Though mindless, the Anomaly has engineered jail breaks before, articulating in places where Order has been displaced.

On March 16, 2016; the Selig-Pastore family used a sonic device to peel back the layers of Charter-approved reality to retrieve subject Lex Selig. That portal, however brief, was enough for the wily Anomaly to enter our universe and begin it’s creative work. If the Charter had been a moment too slow, the Anomaly would have remade the universe in its plasticine, beautiful, destructive image.

It is a novice mistake to assign qualifiers such as “good” or “bad” to either the Charter or the Anomaly. They are the binary governing forces of the Multiverse. Without harmony between them our physiometaphysical existence would cease. Entertain the Charter too much and they will bring inert oppression. Entertain the Anomaly, as the Seligs did, and risk the static of every form, all at once.

* A matter of some debate. See my book Who Died and Made You Space-King?: Disorder in the Charter Multimyth (SPS Press, 1962)

**The hubris implied here would be laughably absurd, but I have met a few Charter agents now and they all exemplify hubris.