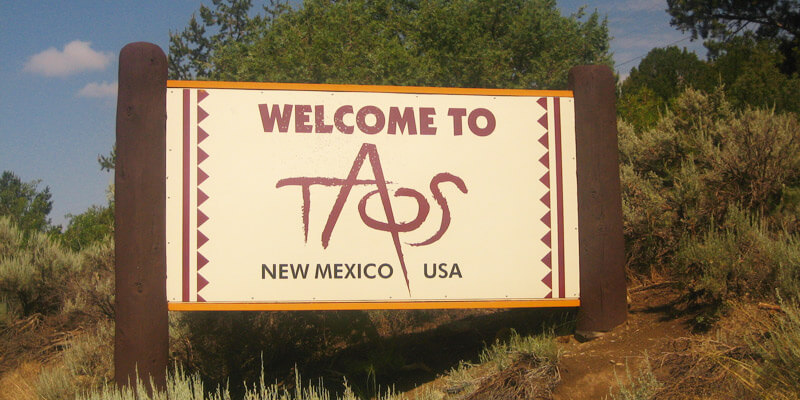 I’m Maria Archuleta, SPS audioterica researcher. I specialize in unexplained sounds, and celestial sonics. This is the theory that all things have their own unique sonic signature. You, me, your microwave, Epsilon Tauri, the faraway orange giant star–we are all sonically unique, and our tone or collection of tones define us as matter. It is thought that celestial sonics play a role in how we form emotional bonds with people, places, and things. In this case, the place is Taos, and the thing is the Hum, and naturally, the people here have some opinions about what the Hum really is, and what this sonic signature could possibly mean.

The Taos Hum is an unexplained-by-science phenomenon that has bedeviled the citizens of Taos since at least the early 1990s. It has been explained by hearers as a low, steady tone that seems to come from everywhere and nowhere at once. Some find it perplexing, some find it comforting, and still others find that it is only possible that the Hum is paranormal in origin, and it is attempting to communicate with us.

This is not scientific, and conjecture will only mar the scientific process. This is what we know: the Hum registers between 17 and 30 hz, and we don’t know what causes it. That is it. Now naturally, you might be thinking, Surely there’s some other concrete information you can give me. No. I am a gatherer of facts, and clearly, the facts of this case are thin.

However, I believe it is safe to say that no matter how factual my research is, people are going to have their own theories. Some say the Hum is a government conspiracy, and is somehow connected to nearby Los Alamos Labs. Some say the Hum is extraterrestrial in origin, and is here to study us. And still more say that the Hum is the ghost of an ancient megafauna, exacting revenge on the people who have turned its home into a haven for hippies, acid casualties, and yogis spiritually recovering from their most recent divorce. As I say, the facts are thin.