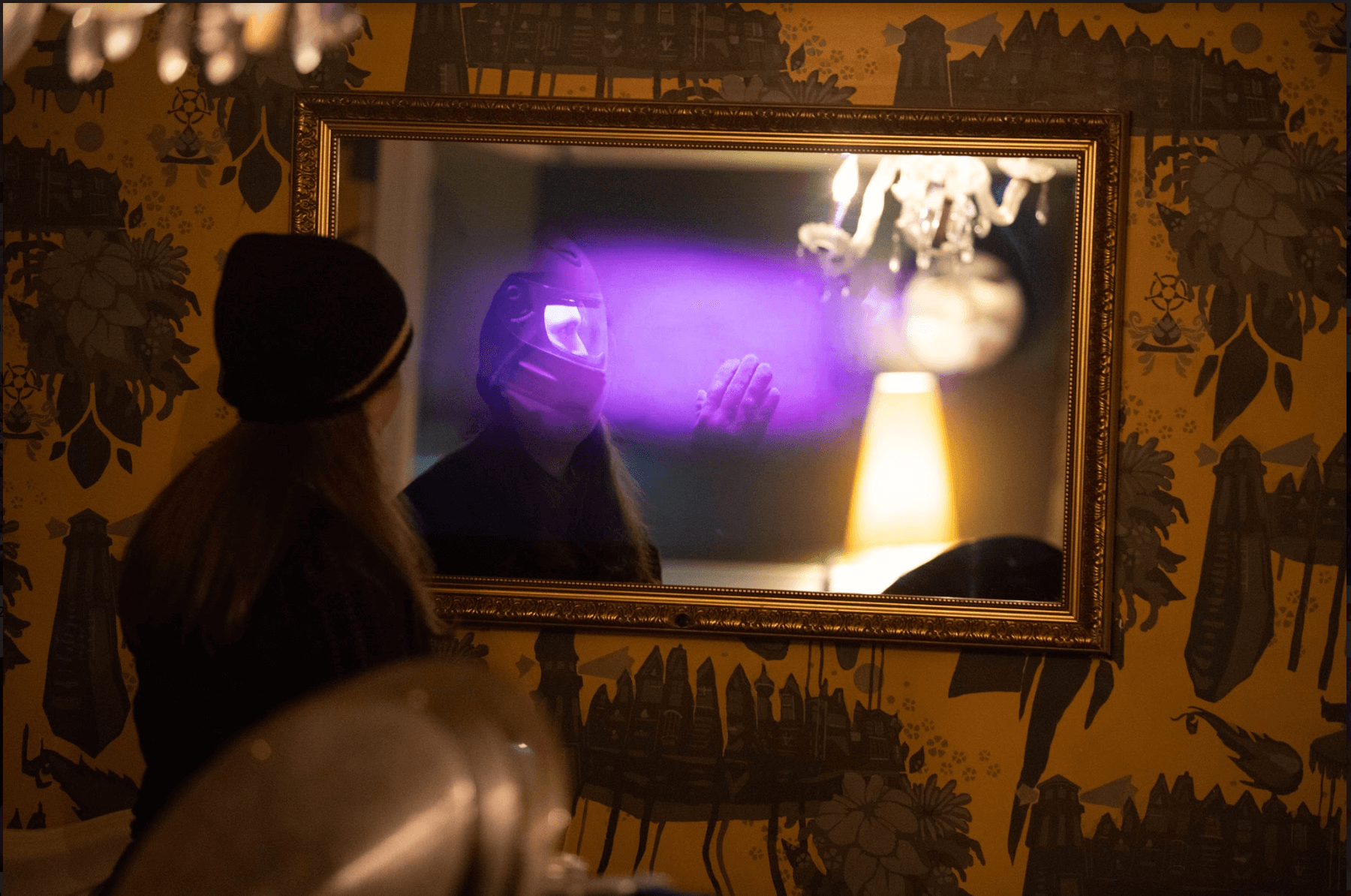 In 2016, art collective Meow Wolf opened an exhibition they call "The House of Eternal Return." For those of us SPS members based in Santa Fe, Meow Wolf was no stranger. The group of rag-tag artists had been making work here for a decade. But when they opened this permanent exhibition, in the town's former bowling alley (Silva Lanes forever!), they seemed to tap into something larger than just art.

Now that SPS is more formerly collaborating with the company to support the House of Eternal Return, it's time to more closely examine what is potentially being unleashed through this work.

Many researchers have discussed art as a gateway to the subconsciousness, notably Gestalt Theory and the work of Freud and Jung. This dissertation, "Art and the Unconscious Mind" by Asta Sutton is particularly fascinating.

What is compelling about Meow Wolf is that it is the work of dozens of artists, essentially manifesting a collective dream. Those of us familiar with Jung, know of his idea of the collective unconscious, expressed through archetypes— signs, symbols, and patterns that have been passed down from our ancestors, often brought to fruition in times of psychic crisis. Meow Wolf's exhibition features many such archetypal locations, including:
The House
The Forest
The Caves
The City
The Liminality
The Fridge (just kidding)
As well as, of course, the archetypes existing in the story and characters. (The Child, The Mother, Birth, Rebirth, Death...). The story focuses on a son gone missing and his family's disastrous attempt to bring him back from darkness.

The question that I am most compelled by, however, is not concerned merely with symbolism.  I am proposing that Meow Wolf's collective unconscious has indeed tapped into deeper truths about the nature of our universe and reality.

If you look beneath the art, you unravel a story about order and and chaos, and the entities that try to maintain the balance (called The Charter by Meow Wolf). It is a cautionary tale of the ramifications of upending the balance in service of human desire— the family breaks time/space trying to bring their son back.

Deeper still, if you take the time to read some of the items in the House of Eternal Return (for example, Piper's Diary), the line between character and non-fiction is at times blurred. The actors playing the parts sometimes blend with their fictions. The idea of parallel selves is echoed in the presence of the twins. I believe this entire exhibition is cracking open glimpses into the very real possibility of parallel realities.

The more time I spend in the House of Eternal Return, the more I feel like I'm looking into a mirror reflecting some both familiar and eerily skewed. I believe these artists have indeed opened a bridge into another reality, one both imagined and very real.

The House of Eternal Return offers mirrors to possible other, parallel realities. Photo by Kate Russell.